Gems from the summer garden 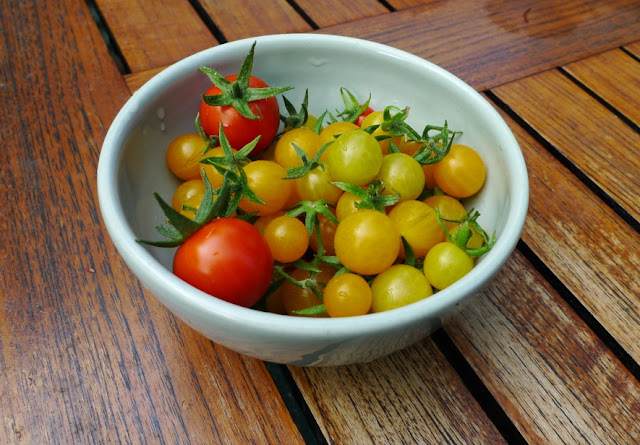 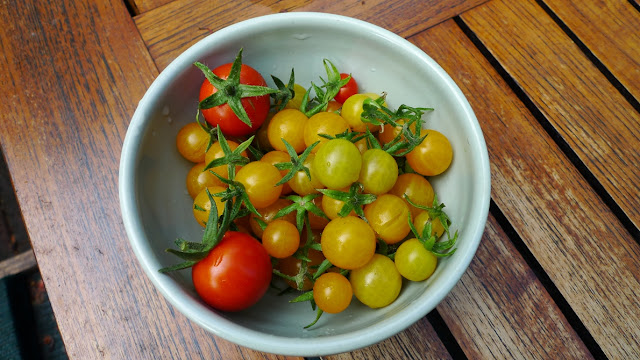 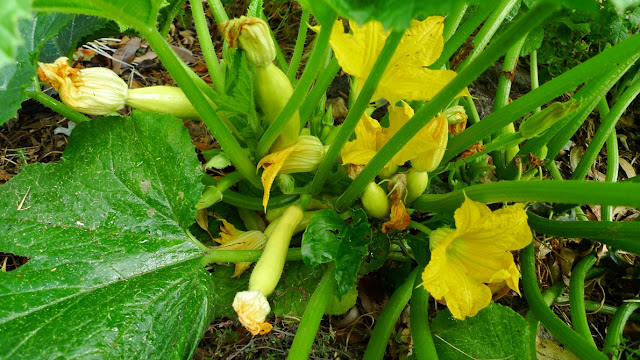 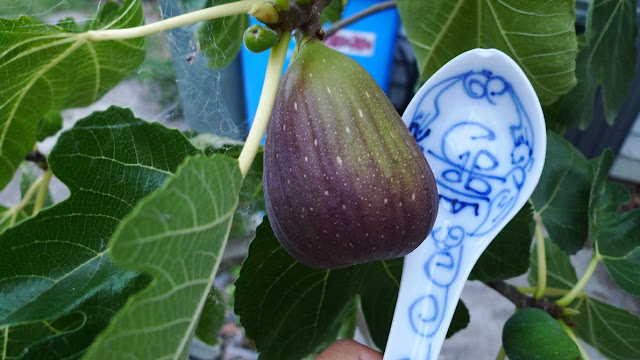 Beetroot sourdough with barley and linseed 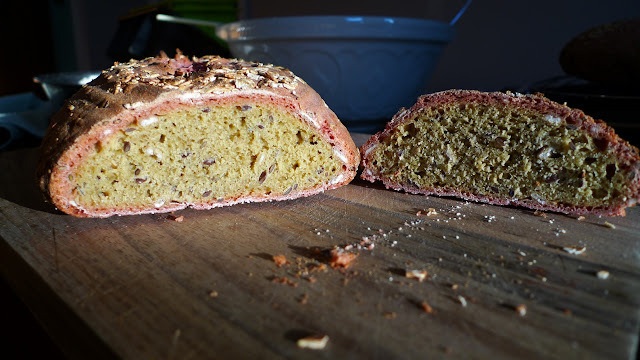 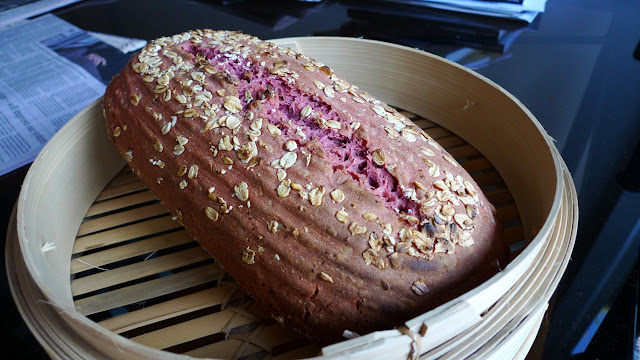 What better way to spend the public holiday that is Australia Day than to wake up, eat brekky, go for a big ride up a mountain, hang out with some wildlife, and devour a Vietnamese BBQ pork roll on the way home?

(Almost as good as seeing the Aboriginal flag raised with our official flag on Sydney Harbour Bridge this Australia Day for the first time).

Australia Day is a great chance to do something fun - like riding singlespeed MTBs up Mt Donna Buang.  Donna Buang apparently means "the body of the mountain" in the Wurundjeri language.  About halfway up our ascent we veered off northwest to Badger Creek to check out some new territory.  We were curious to find out whether the dirt surface of Don Road would continue down to Healesville. 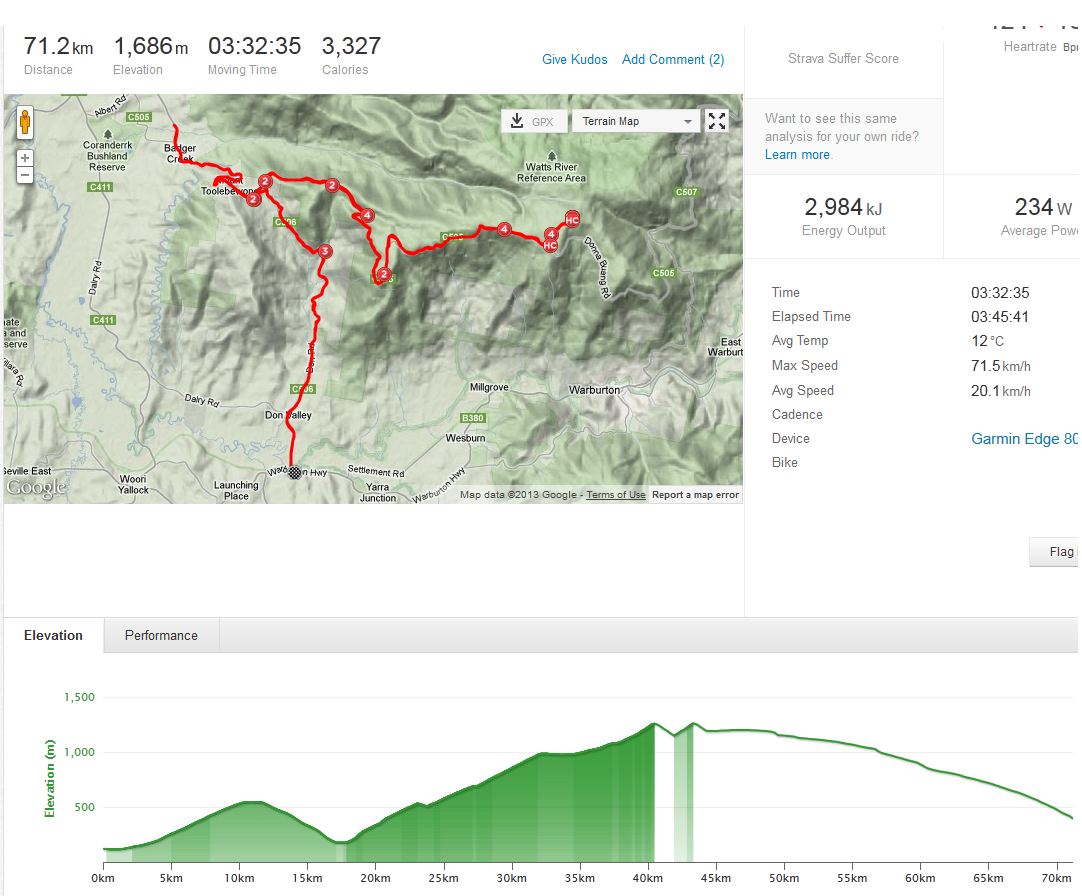 Unfortunately the dirt ends at the T-intersection.  Don Road from the intersection to Healesville is all bitumen, but makes for nice and fast descending.  This is all good when gravity is your friend, but climbing back up is a tad painful when you've only got one gear and the Garmin is saying its 10-13%.  5% became the new perception of "flat" here.

While it was a warm 20 or so degrees down in the lower altitudes of Don Rd, the temperature quickly dropped and it became misty once we reached the top third of Donna Buang Rd.  I couldn't see much in my favourite rainforest section on Donna - usually I take in the sights of moss-covered myrtles, tall tree-ferns and birds flitting through the shrubs.  But today, it was pea soup.  Visibility dropped to about 10 m at the summit.  Given that we've had 40degC days recently, riding in 7 deg felt like a trip to Antarctica.  Glad I brought a wind jacket! 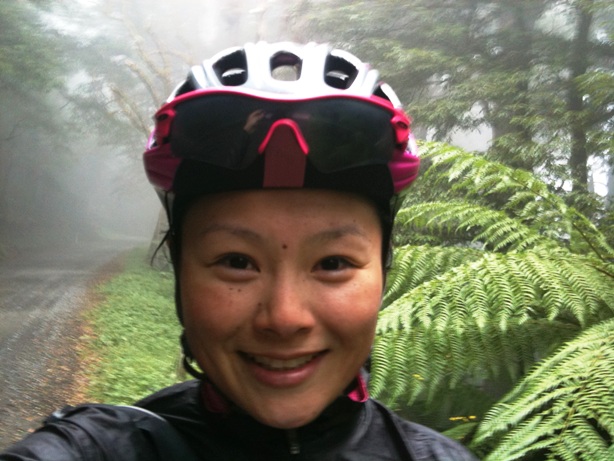 There was plenty of wildlife around though - you could see and hear it.  Kookaburras, lyrebirds, wrens, and a fat black wallaby who hopped across the road as it heard us crunching along the gravel through the fog.

So after a chilling descent which numbed our hands and feet, we got back in the Fun-Baru (Subaru), feeling pretty used up but pleased with our little adventure.  Having well and truly burnt up a bit of energy, we had to stop at the world's best take-away: Bun Bun bakery in Springvale.

Thanks to my green-thumbed gardening friend Penny for the sourdough tip which has made my starter a lot happier - using filtered water! (and also giving me some of her crazy bubbly starter)

With an active-looking starter and using the sponge method, I decided to make two loaves to see what difference commercial yeast makes. My starter was mainly made with wholemeal spelt. The flours in the bread are strong wheat flour and durum semonlina.  I cooked some barley and quinoa to add in the dough, and sprinkled pumpkin seeds on top. They look like cakes because they were baked in silicon cake tins! (the ones I usually use for my Christmas cakes/EOFYCs)  I think I'm going to get some bannetons.

Here are the results:

The crumb texture was definitely better in bread 2 (sourdough only).  I think the extra flour in it helped, and it was chewier.  The commercial yeast tends to give bread a crumbly texture.

While both of these were fairly moist, I ended up blitzing the last few slices with rolled oats to make crumb for pork and beef schnitzels!! It worked really well. I wish I took pics of my schnitzels, which were crumbed in two different coatings - Western (with dried tarragon, sage, black pepper and salt) and Szechuan-inspired (five spice, fennel seed, red Szechuan pepper, white pepper and salt).  I think I invented Chinese schnitzels!
Posted by chirpy ann at 23:28 No comments:

These are a distant memory from my Malaysian childhood.  I haven't made these since I was a teenager rolling them into a ball and cooking them with my mum. Now that I've flown the nest, I have to fend for myself. Lucky I got the texture of the dough right without mum.  While I thought they were ace (how can anything pandan-flavoured and exploding with brown syrupy gula melaka be bad?), mum and dad were the real judges. To my relief, I got a thumbs up and "ho sek / 好吃!" from them.

As a novice sourdough baker, focaccia is probably the most fail-safe and rewarding thing to make.  You don't have to shape it.  Just pop it in a slice pan and bake away with your fave toppings!  This is covered in mushrooms, garlic, rosemary, sea salt and a good glug of olive oil. The base was super crispy and the middle spongy and soft.
I made this following the River Cottage recipe.  It has commercial yeast and my own sourdough starter in it, together with durum semolina and strong wheat flour.  Semolina makes bread nice and puffy.

What to do with all that meat left after Christmas?  Make the tastiest meat pie ever!  Don't waste a good opportunity.

I followed Jamie Oliver's savoury shortcrust pastry recipe (from Jamie's America book).  I threw in herbs including lavender (a little too much! It made me think of soap!), rosemary, thyme and sage.  Blitz the pastry in a food processor (BUT NOT a blender. I have done that before and destroyed the blender. Poor thing, it had no idea I thought it was the same as a food processor).

Here are some from 2011 (arty touch courtesy of my hubby)

chirpy ann
Trying to keep it real! People forget about how fun it is to ride bikes, grow and eat your own food and be human. I hope my blog makes you unplug, log off, disconnect, switch off or whatever it is to get away from the virtual world that is the internet and get stuck into something real. Life's short, live it.

Other friendly folks to check out